Great News: Hearthstone Changes are coming soon and they will improve the game and shake up the Standard Meta!

Quick clarification! The cards that are rotating back to standard for a limited time are going to be granted as free event cards, which means they’re basically new, temporary versions of the cards. Even if you already own the cards, you’ll still get these event copies.

When the event ends the event copies will go away.
[/bluepost]

We can expect more events like this in the future, probably at the half time of the newest Expansion! This would mean February 2020! 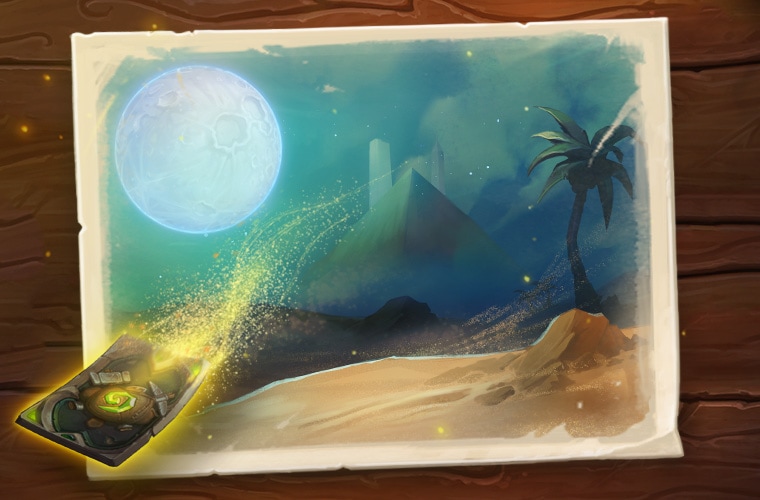 After the overwhelmingly positive response to the recent Fire Fest-E.V.I.L. event, we’re looking for more opportunities to introduce even more large-scale in-game events with rewards, themed Tavern Brawls, and changes that could temporarily (or permanently!) create fun new Hearthstone experiences for players.

We’re starting off with a new event in just a couple weeks featuring Dungeon Run-inspired Tavern Brawls, dual-class Arenas, Legendary quest rewards, and some meta-shifting changes outlined in the “Shaking up Standard Play” section below.

We’ll have more to share on this sensationally spooky event on October 4, but in the meantime . . . try not to lose your head! 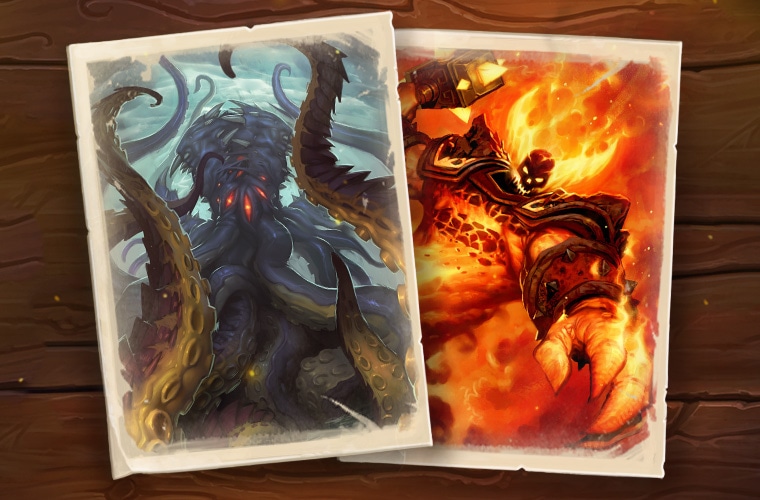 Now that the Saviors of Uldum Standard ladder experience has solidified, we think it’s a great time to throw a wrench or two (or twenty-three) in the gears. We’re going to be pulling some of the most popular and game-changing cards from across Hearthstone history, including [[Ragnaros, the Firelord]] and [[N’Zoth the Corruptor]], out of Wild and dropping them back into Standard for a limited time. To ensure that everyone can participate in this meta-mixing event, we’ll be granting everyone free copies of each card (these copies cannot be disenchanted or crafted) so they can add these heavy-hitters to their decks and get them into the action.

We’ll be sharing more details (including the full list of 23 cards) in a blog update on October 4. Stay tuned!

Looking ahead, we want to continue celebrating personal successes and milestones for all you dedicated Hearthstone players. Our next major update will introduce some really cool new portraits that you can earn by earning 1,000 wins with each class. Wins earned before this update goes live will retroactively count towards these totals. Take a look at a couple of examples below and start stacking up those wins! 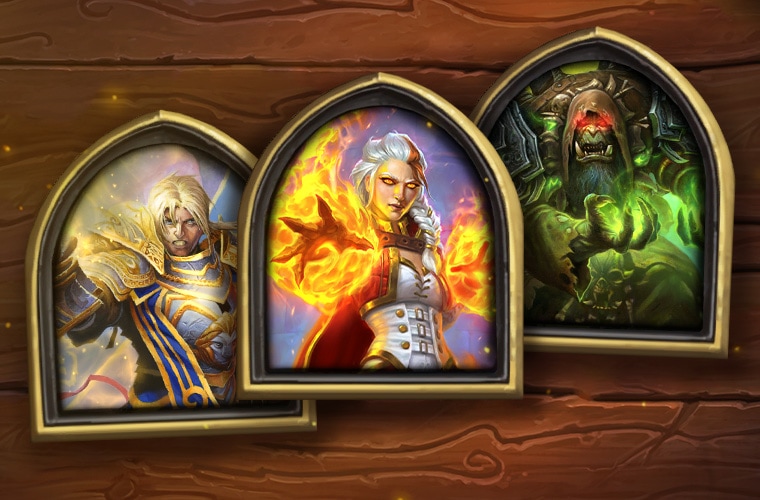 We want it to be easier to quickly find the cards you’re looking for while deckbuilding, so we’re adding alternate search terms for some hard-to-type cards. We’ll be adding common misspellings and simplified versions of leetspeak card names (found on some Mech minions). For example, searching “snip” or “snap” will now show you SN1P-SN4P. While this feature will only be enabled for a few commonly misspelled cards at first, we’ll be able to add even more alternate search terms as needed.

While not included in our next major update, here’s a preview of some of the changes we’re making to quests a little further down the line.