[Battlegrounds] Every info gathered from the AMA with Mike Donais 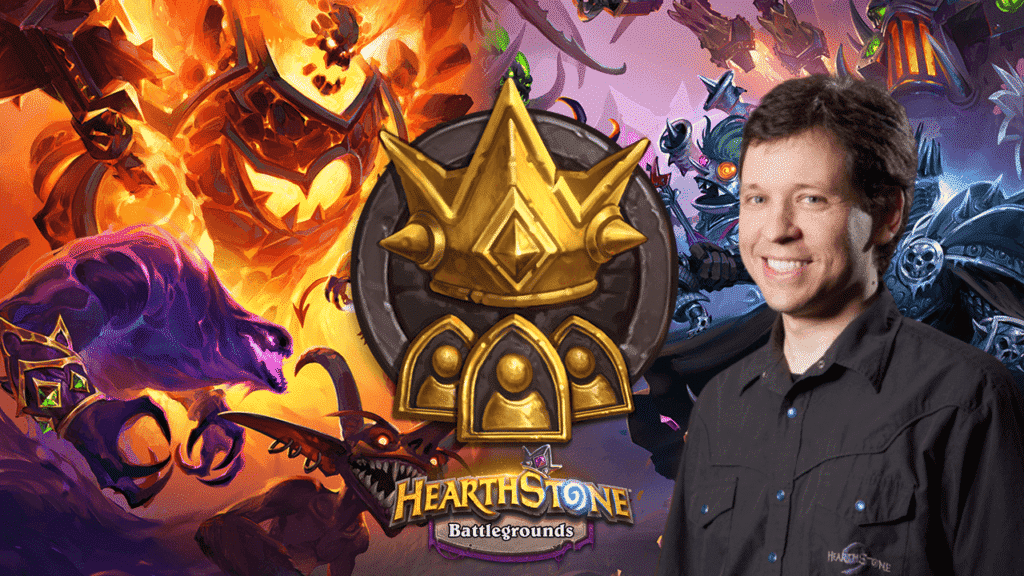 Mike Donais, Principal Game Designer answered some questions in a twitch chat. In this article are all his answeres to questions (Source).

A: On Tuesday we are multiplying MMR gains by about x4 (assuming you have played a lot of games) so tides would get 80 points for a win instead of 20.

A: Losses will be x4 also

When you start with Battlegrounds you can get over 100 points for getting first place, it will go down to around 20 if you played a lot of games, in this tweet I have shown how the gain per game changed over time for me.

Q: How many new minions will be released and when?

We have posted here about the 4 new heroes coming on Tuesday, this is a leak that indirectly got confirmed by Mike Donais: hearthstone-decks.net/hearthstone-battlegrounds-new-leak-information

In this article we also have posted about one of the minions coming on December 5, this card got leaked via an ad, got confirmed by Mike Donais: https://hearthstone-decks.net/king-bagurgle-will-be-a-new-minion-for-hearthstone-battlegrounds/

Q: Is battlegrounds going to get frequent balance changes?

A: Yes for a while at least

Q: [Will Battlegrounds get] ladder resets?

A: Not planning on ladder resets

Q: doesn’t [the MMR change] means that the “max” MMR will also be raised by a lot? that is, people reaching 12k and stuff?

A: I assume people like tides will keep climbing yes, some people are not gaining points, they still won’t gain if they are at the correct mmr

A: Yes we are buffing demons and murlocs, first on Tuesday then a bit more on dec 5th

Q: I’m assuming the 4 heroes with the worst ratings will rotate out for the new ones

A: We are taking out the 2 strongest and 2 weakest to keep heroes balanced when we add 4

Q: when are you removing amalgam?

A: We are eventually going to change amalgam to 2/2 but that is a jan patch

Q: What if professor putricide game the minion +10/+10 instead

A: We are going to change him to +20 in december

Q: Are there any minions/tribes that you feel are a problem or have your eye on, or do you feel its pretty balanced atm?

A: We are buffing murlocs, demons, and nerfing junkbot to tier 5

Q: Several questions about the Winrate of heroes

A: Pyramad is actually average

A: Curator is good but not in the top 5

A: Not sure off hand [how good Toki is], I would guess below average

A: Millificent and Mukla will be rotated out until we can adjust their design in a future patch when we add 4 new heroes on Tuesday

Q: Have you thought about adding elementals into battlegrounds?

A: We will add a new minion type next year, maybe in march

On Reddit, Mike Donais answered after someone asked if Dragons will come to Battlegrounds “We will eventually but not in the next couple months because we can’t re-use any of the dragons in the game except Sleepy. In the meantime we plan to keep adding new heroes and balancing out the minion types so that there are larger variety of reasonable builds.” (Source)

A: Secret guy is actually really strong if you know how to play him

A: There are some bad secrets but its discover so as long as you only see 2 bad ones you are ok

Q: About how long does beta expect to last?

A: We are turning off the big minion slam [animation]

A: We are going to improve /turn off poison [animation]

Q: Is it yall’s a goal to intentionally have a few bad heroes or do yall want all heroes to be viable

A: We are going to adjust heroes to be closer together in power level. There are a few heroes that are fun but high risk, and that seems ok

Q: What is your design philosophy on changing minions stats, that are in the cardgame of hearthstone?

A: We won’t change stats of HS cards for battlegrounds but we can design new replacements

Q: If I sell a unit does it go back to the pool?

A: If you sell a unit it goes back into the pool

We have published an article for Basic you should know for Battlegrounds, featuring the shared minion pool: hearthstone-decks.net/hearthstone-battlegrounds-basics

Q: Is a card like amalgam considered problematic in your eyes? in the sense that it limits design space in making builds unique (since amalgam fits into all of them)

A: It has some pros and some cons, we will adjust it

Q: What would you say is the most iconic card in all of hearthstone? Thanks for all the answers!

A: Deathwing or Reno